Salwa Eid Naser. This name takes me back to the Youth Olympic Games in 2014, where I was an IOC Young Reporter. I remember standing in the mixed zone, watching the Bahraini youth athlete crossing the finish line in second place and winning the first Youth Olympic medal for Bahrain.

When she finished her race, she bowed, her head to the ground. She was wearing a track body suit which reminded me of Cathy Freeman in Sydney 2000. When she approached the mixed zone, I tried to speak to her in Arabic, but obviously, she didn’t understand, therefore I continued in English. 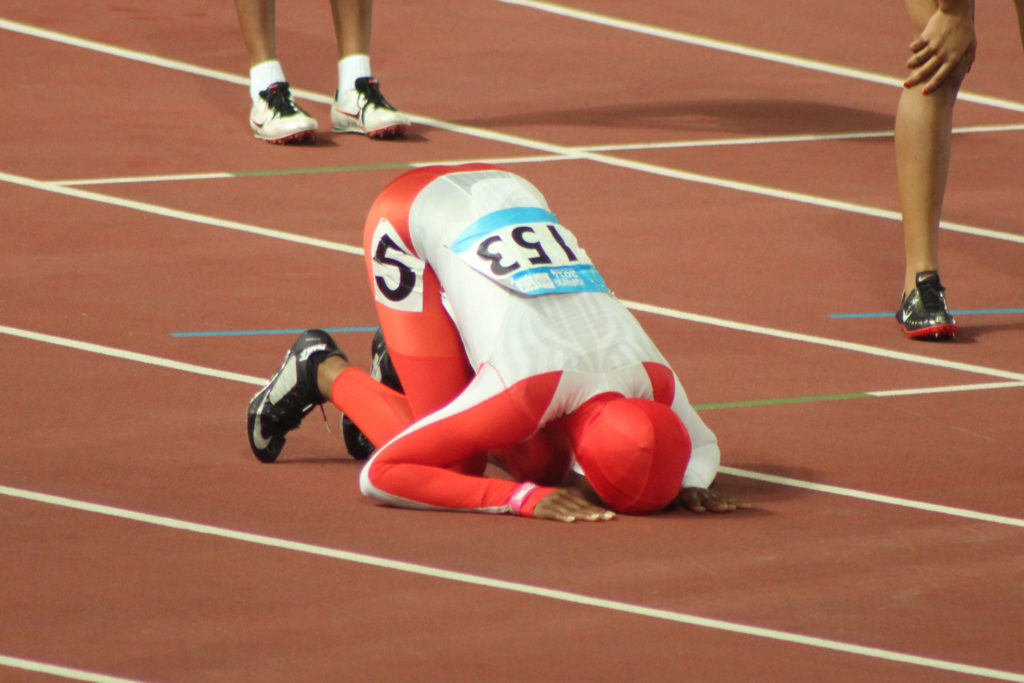 “I am not proud of my medal”, was the title of my article as the IOC Young Reporter. The answer she gave me was shocking. She was rather not happy with a silver medal or she wasn’t happy to represent Bahrain.

I made a deep research about her and I found out that she was from Nigeria, her name wasn’t Salwa Eid Naser but Ebele Egbapuonwu. This made me think about a rule that my coach once mentioned to me. It says that to be able to naturalize athletes, the new country is not allowed to change the name of the athlete or his or her religion.

I wasn’t sure back then about Salwa’s religion but with time I kept a big question mark on her. The article wasn’t published because I couldn’t find a proof of this rule.

Nowadays, the media is saying that her father is from Bahrain. A big question mark. If it is true, then there would be no doubt about her name. Why would she use Ebele Egbapuonwu as a facebook profile before Nanjing and delete it later on?

In 2015, I met Salwa during the Arab Championship that was held in Bahrain. We were both athletes at this time. Luckily she remembered me. We took a picture together and I remember sending an email to my mentor at the 2014 YOG telling her about it.

It is really difficult to separate your own personality from your journalistic job, especially when you are an athlete reporting about other athletes. When I met Salwa, I was happy that the article wasn’t published because I had no idea what impact it could have on her. Meeting her at the Arab Championship was a sign that it was for the best.

In 2015, Salwa was wearing a hijab, she won a World Youth title in Cali at the 400m. In 2016, I barely recognized her; she was showing her long black dreads, wearing an I-shirt and a short.

This week, I watched her on TV winning a silver medal at the World Championship in London, passing Allyson Felix on the finish line. I was shocked. This young mysterious girl whom I interviewed 3 years ago, was winning a medal at a Senior championship. 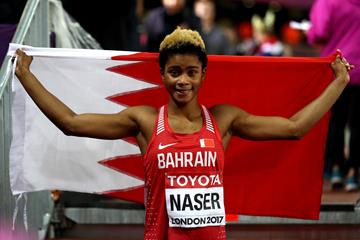 Bahrain and Qatar are the two main countries that are known to naturalize athletes. The speculations say that in some cases, they change the date of birth of athletes to be able to win medals in categories’ championships. They are also known to give a lot of money in return. For some athletes, it is a way out of poverty.  All what they have to do is compete for another nation while agreeing on any terms.

I was always questioning myself, was Salwa really a 19 year-old? Was she ok with her name changing? Is she proud of every medal she is winning now? Wouldn’t she be happier to represent Nigeria instead?

Well, the lesson I learned is that once a Senior champion, once you reach the very high level, these question marks start to fade away. At the end of the day, you are running for yourself, you are the first one to collect the glory of winning at a major championship. Maybe Salwa Naser will be her stage name from now on, a name that allowed her to shine bright among the stars.