11 to 25 June 2016 – I wanted to start my personal blog by sharing this unique experience at the International Olympic Academy.

11 June 2016, on my 22nd birthday, I took off to Greece, not knowing what to expect from the 56th Young Participants session. Carolina Cambella, my friend from the IOC Young Reporters program who represented Argentina in the previous session, told me that it will be an amazing experience and that I will enjoy it a lot!

I arrived at the airport at 6pm, and was waiting for other participants to arrive to take the same bus. The first ones to arrive were the Romanian team, followed by team Barbados, team UK and finally by Renee from Trinidad. We then joined the French team and took the bus to the metropolitan hotel. 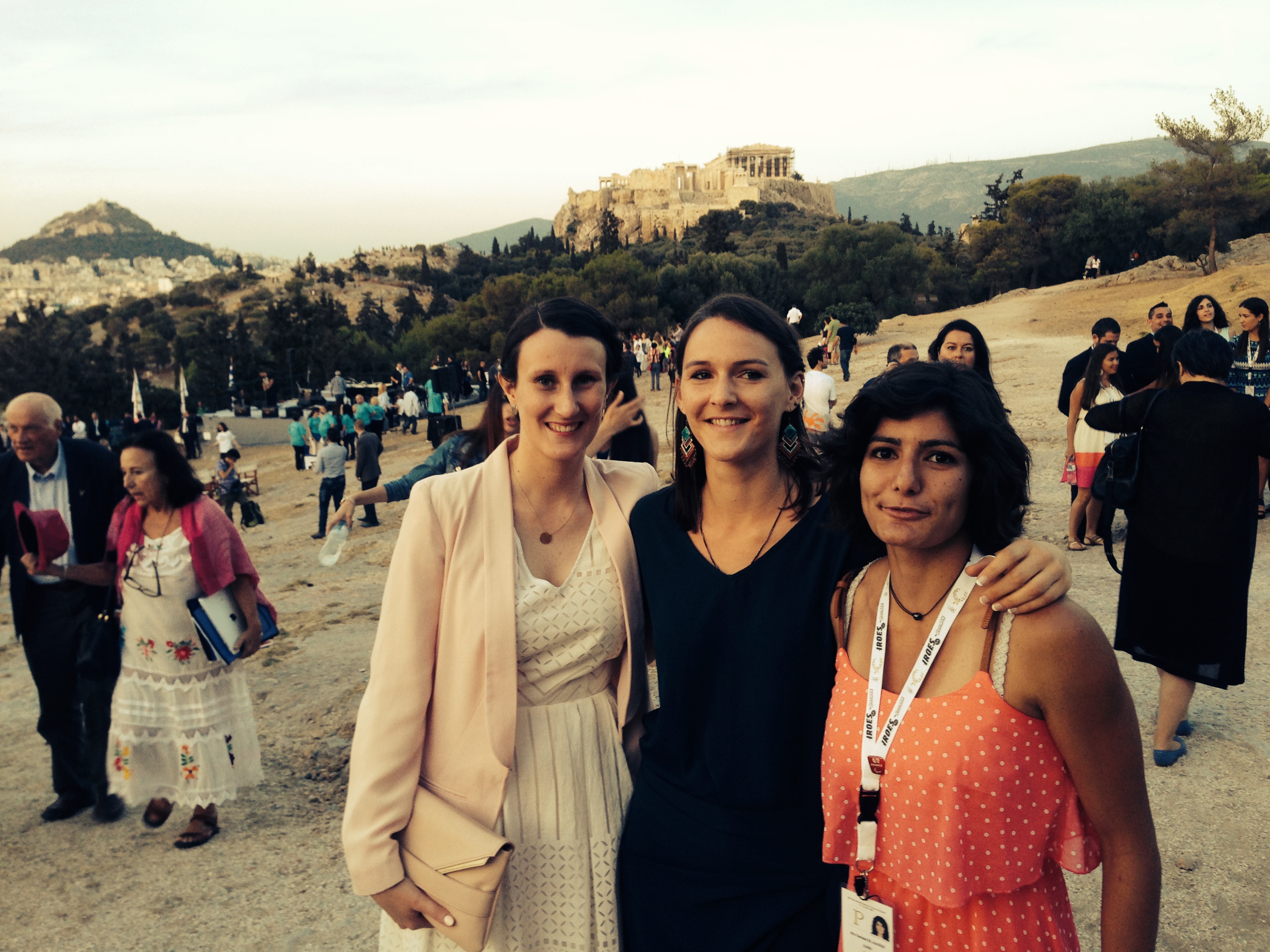 On our arrival to the hotel, we met a lot of young participants! I remember I met the Italian team, Puerto Rico, Anthony from Aruba and team Japan who were sitting together in the lobby. At night, I realized that it wasn’t only my birthday but also Laurent’s from France, and Banditta from Thailand! We drank a beer while watching the football game of the Euro League! 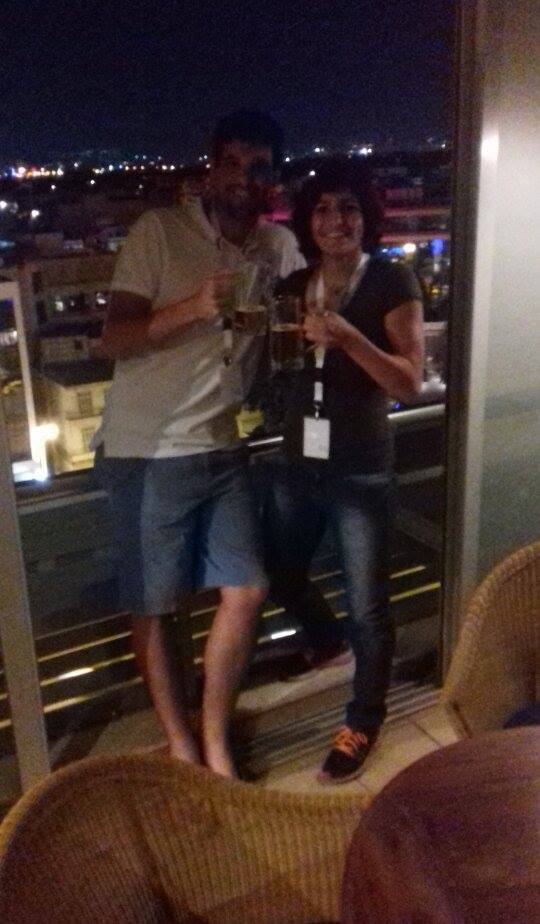 We spent two days in Athens meeting everyone and forgetting names right away! We were about 200 participants so we don’t really remembered the names especially on the first two days. We visited some museums, the Acropolis and the 1896 Olympic stadium!

On our way back to Olympia, I took the french bus. The first 3 hours to Delphi, we were singing all the way with Team Cameroon, Haiti, Uganda, France, USA with Rayan the wrestler! From Delphi to Olympia, Anne-Flore, our french coordinator, decided to launch a speed dating game. Her amazing idea pushed us to meet even more people, and have some interesting discussions!

In Olympia, we spent two unforgettable busy days! We used to wake up at 6:30 AM to take part in the morning sports session. I did yoga with Sameera from Sri Lanka, wushu with Christian Hajj who was there for the Masters program, Wrestling with Rayan from the USA, Boxing with the coordinator of the coordinator Panos from Greece! 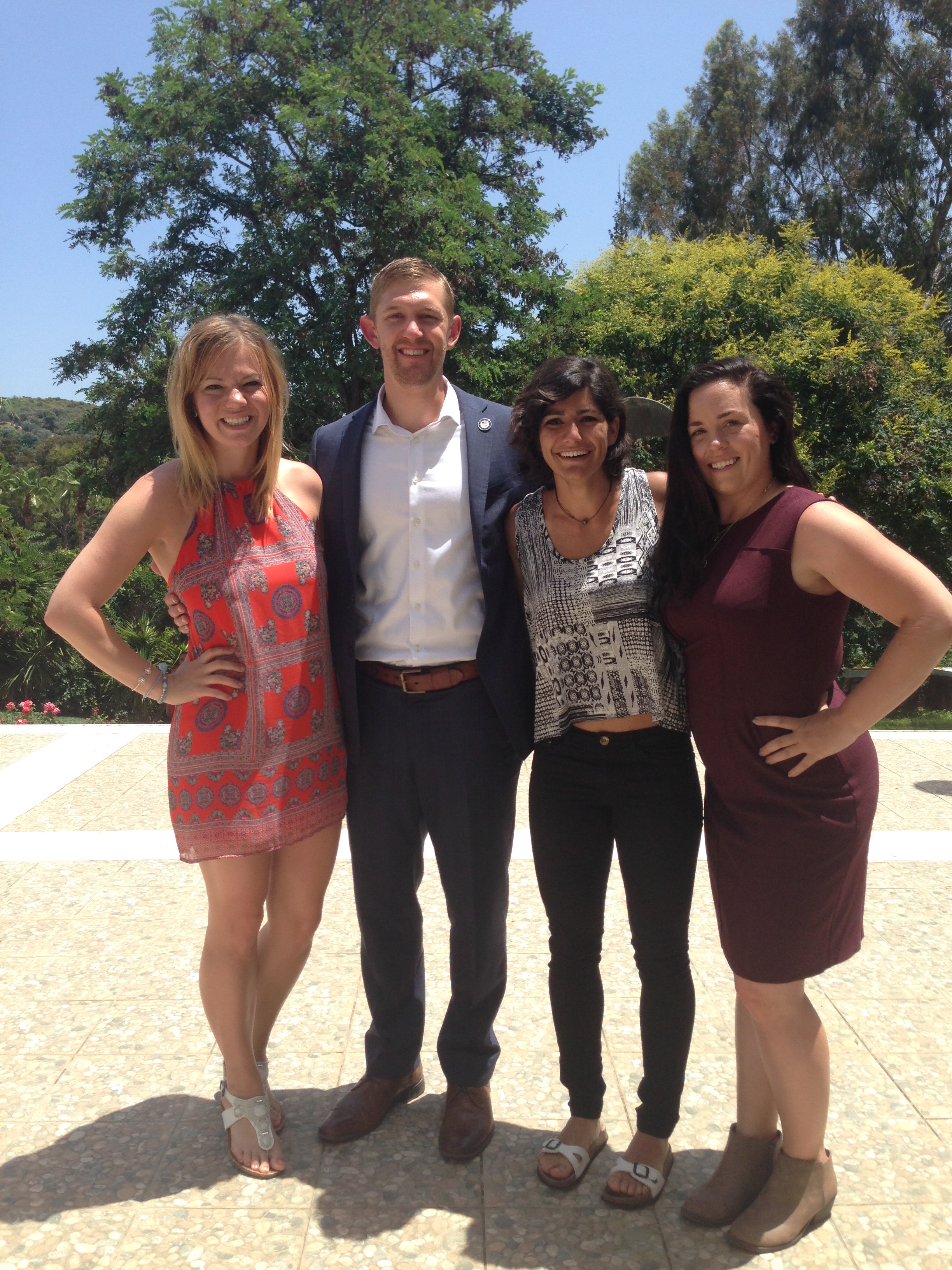 I learned a lot not only from the lecturers but also from my friends especially in the discussions group that were held in the Afternoon! We presented two questions in the two weeks and came up with cool ideas related to education based on the Olympic Values and the inclusion of Para-athletes in schools. 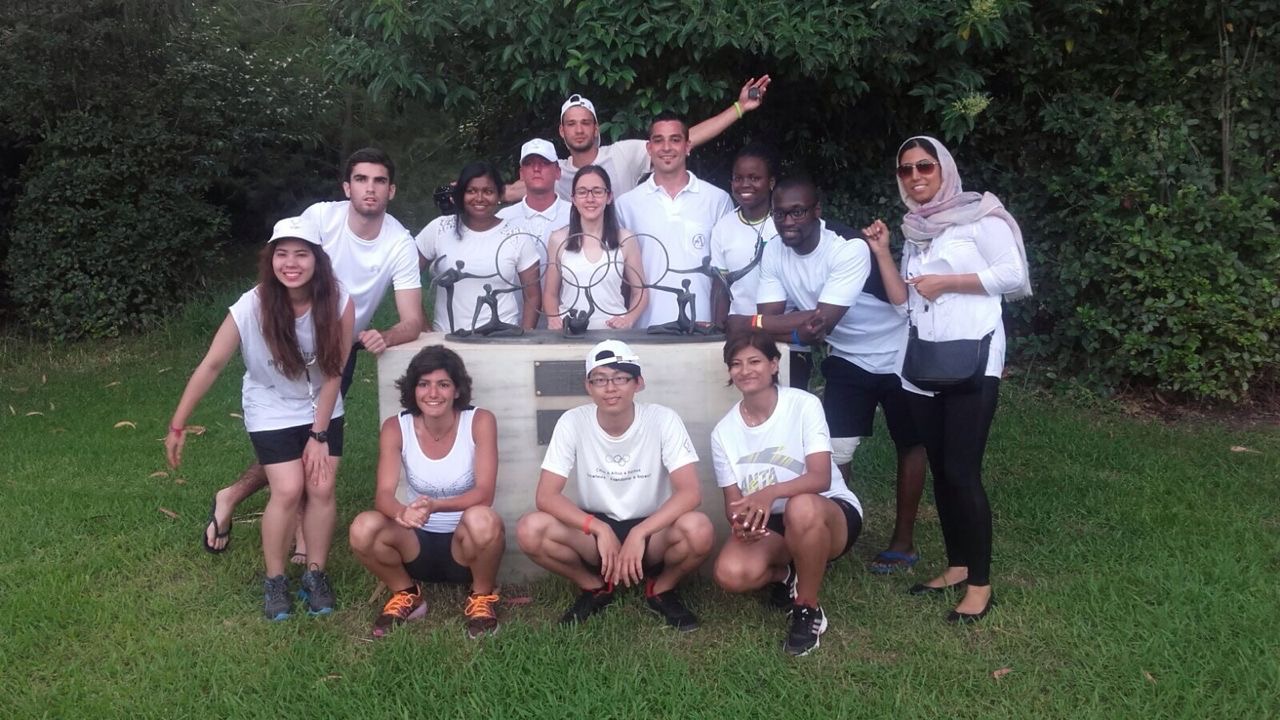 After the discussion, we headed to the Sports competition! I was playing basketball with the most amazing team! Team SPARTA!!! With Lili from Australia, Emma from New Zealand, Lu our strategic coach from China, Martin from Norway, Lio or Chen from Thaiwan, David from Purto Rico and Hilder from Iceland! What a mixture of cultures right?! We started by loosing the first game, but our determination and  team spirit  helped us win 3 games in a row and qualify for the finals!! I will never forget this great team! We really enjoyed playing together! We lost the finals but we were so happy and proud of ourselves! 1 2 3 SPRATAAAA!! 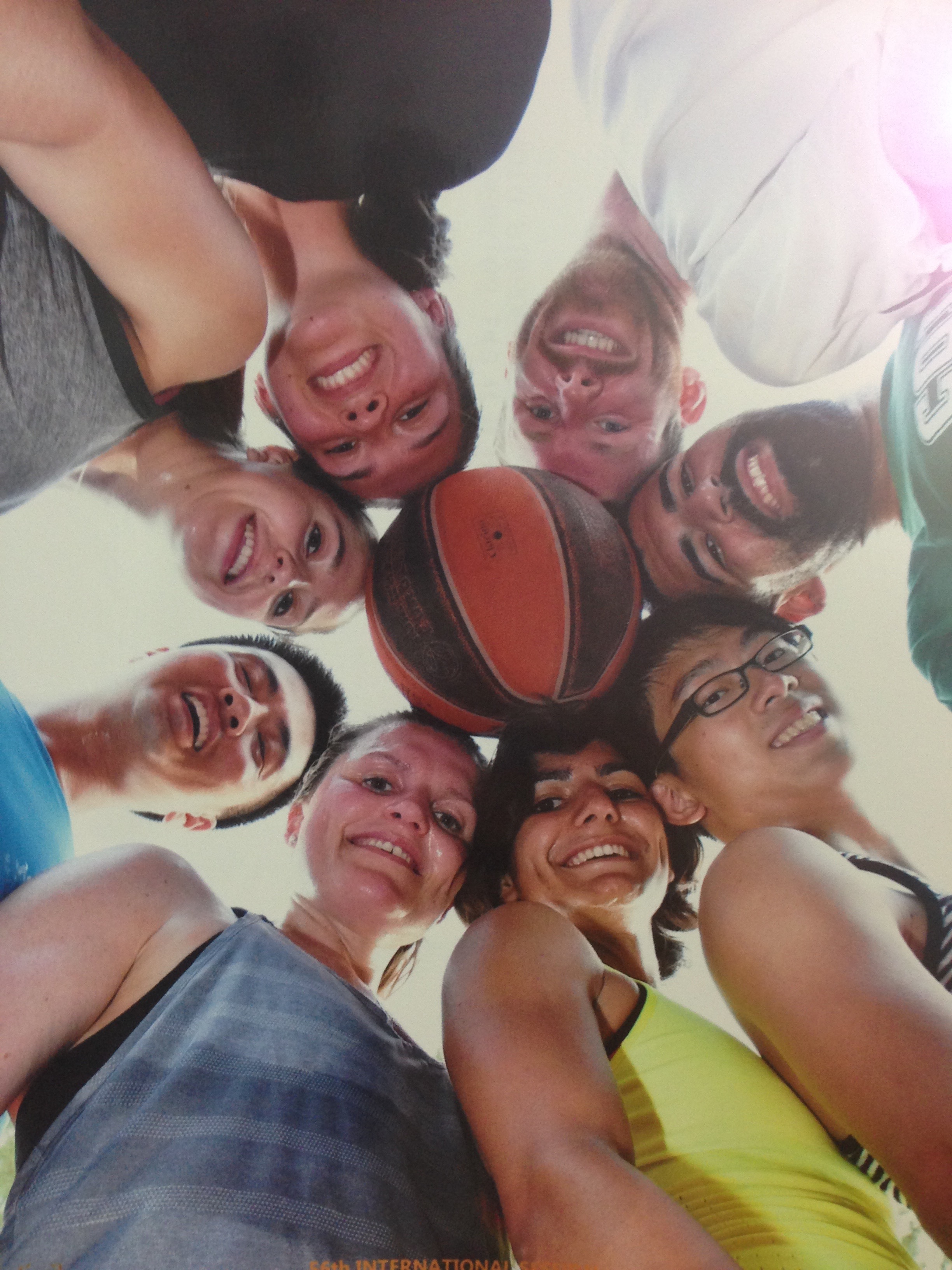 Our nights were filled with joy, excitement, dancing, drinking and fun! If we want to describe our nights in one word it will be ZORBA!! We also had social evenings where countries shared their traditions including dancing, drinking, music, and some crazy performances!

Every afternoon I used to go  to the art class where we were working  on flip books! With Megan and Rayan from the USA, Neesha from Maldives, Angel from Hong Kong, Nina from the UK, Ioannis from Greece, Eva from Hungary, Thabiso from Lesotho, Lisha from the Solomon Island and Shareena from Papua New Guinea! I was surprised by their creativity and commitment to the project! We enjoyed our times in a calm space with music and discussions. 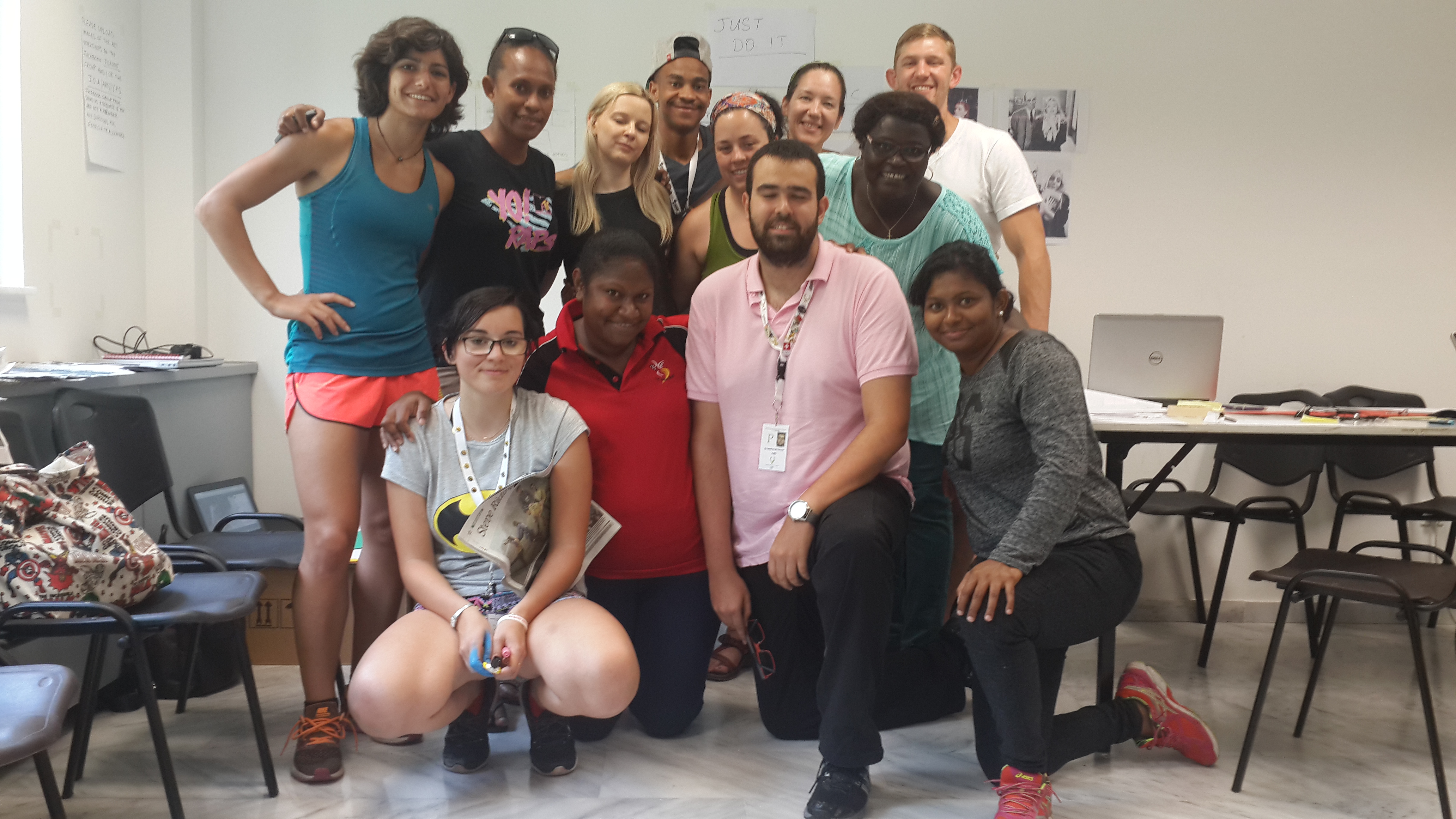 It was a unique experience that combined sports, culture and friendship in a magical place in Ancient Olympia! The people I met marked me forever! I learned a lot from each and everyone of them! The mix of culture in a fun atmosphere made it unique! I was so happy to spend 2 weeks living by the olympic values of Excellence, Friendship and Respect with people from all around the world! 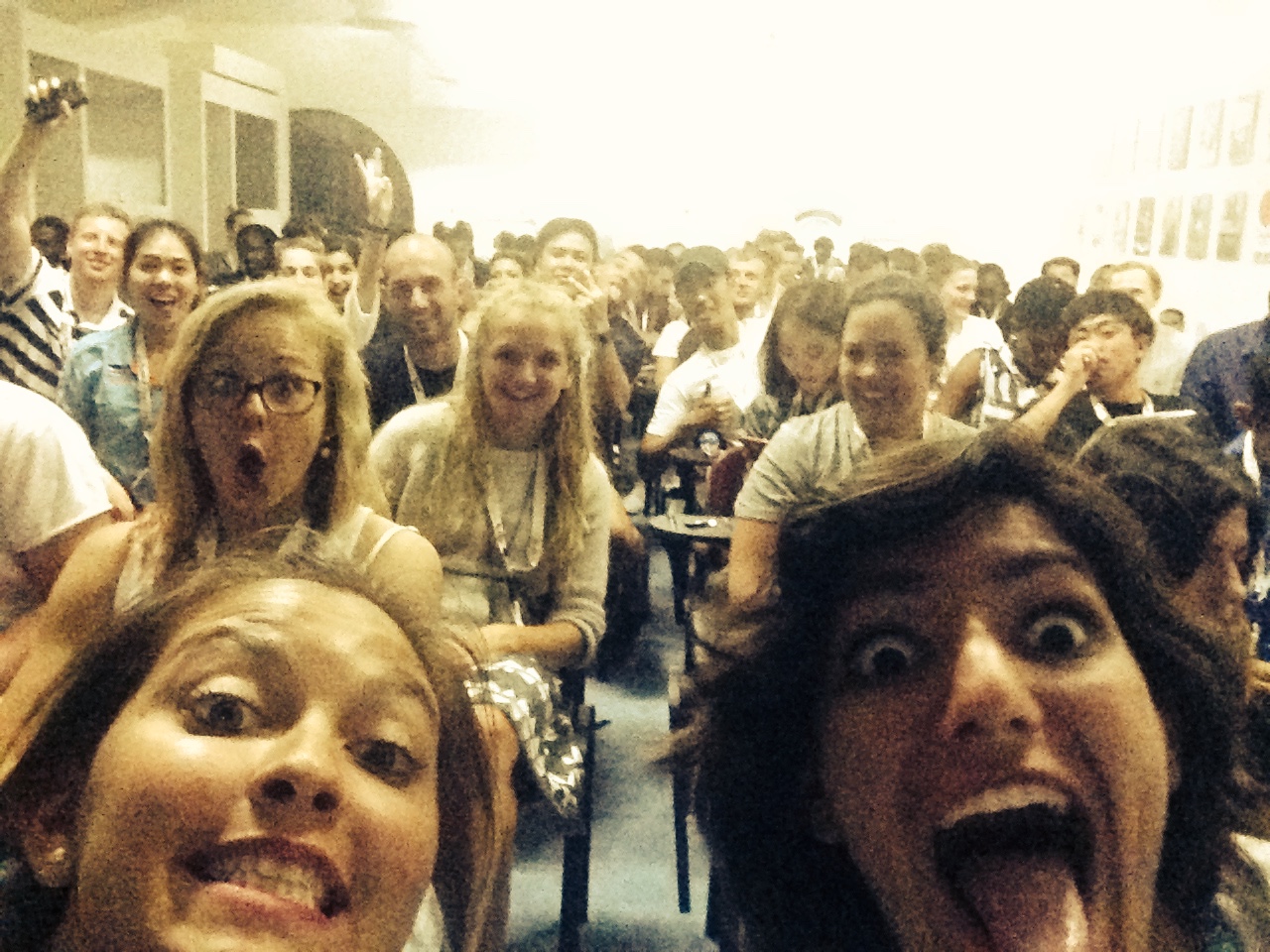 Movie night? not sure

I will never forget our morning walk to mount Kronos with
Nathalia from Purto Rico, and the stories we shared together, the laughs and the prayer for Kronos who showed up late to his schedule haha! And Sameera with his morning yoga at Mount Kronos! And finally waiting for the sun to come up!!! 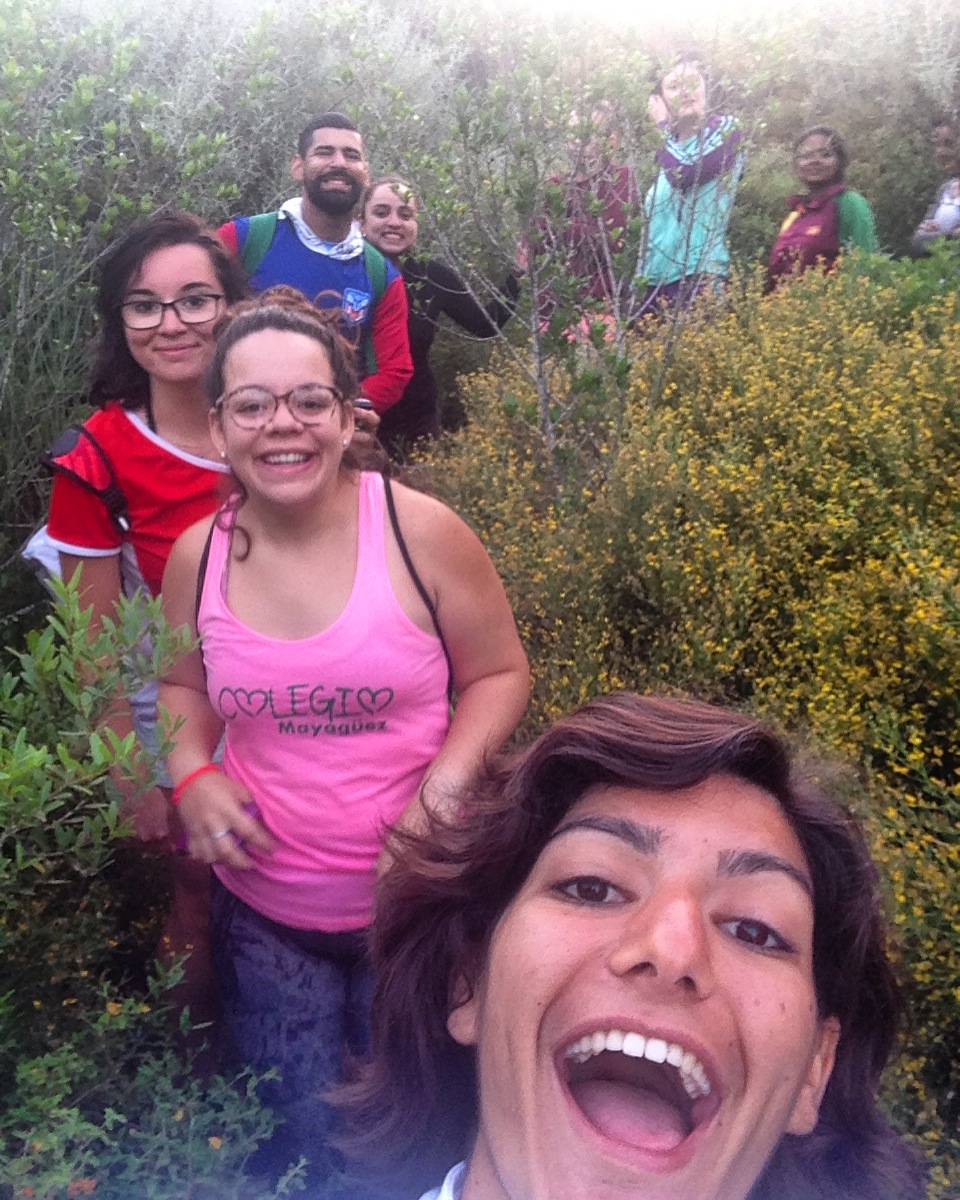 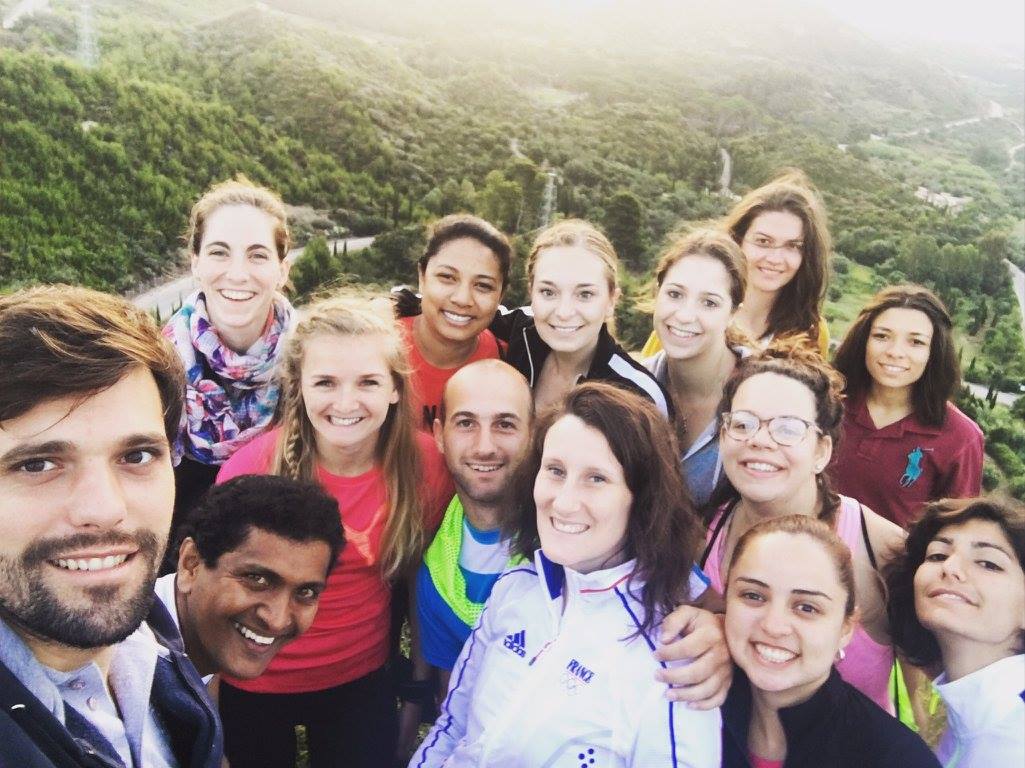 I will never forget the discussion group with our coordinator Jatin and Maryam! With the smart Carl, the enthusiastic Melisha, Kirlo, Nabitha and Neesha! With the calm Cornel and Marta! With Yoakim and Saul, Banditta and Lio!

Banditta, my roommate and little energetic sister, she always lights up our nights with her dancing and positive energy that is contagious! Born on 11 June as well, I shared a lot of funny moments with her! 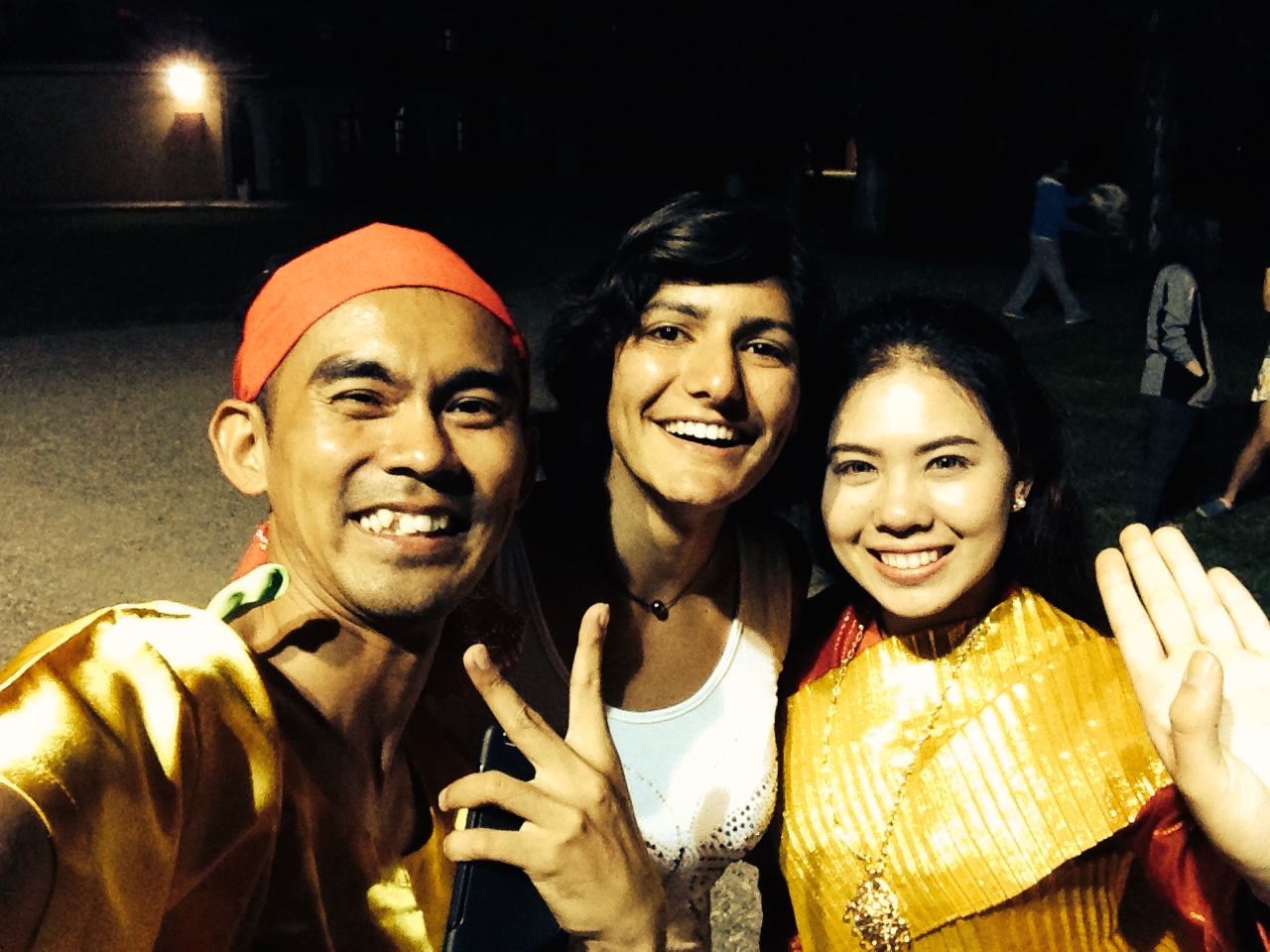 Jammar from Jamaica, the 400m hurdles runner, who is so calm and sensible! I will miss this lovely person and his hugs! We were living like a big family! I can’t name everyone but I shared special moments with each and every one of the participants! Unforgettable moments that I really hope that we will have the chance to share it again with this IOA family! But there is someone I can’t miss mentioning! Rasbookie! The guy with the camera filming everything! The one and only Lion from the Virgin Island! The great long jumper who was always around and made an amazing video you can watch it on youtube subscribe to RasBookie! 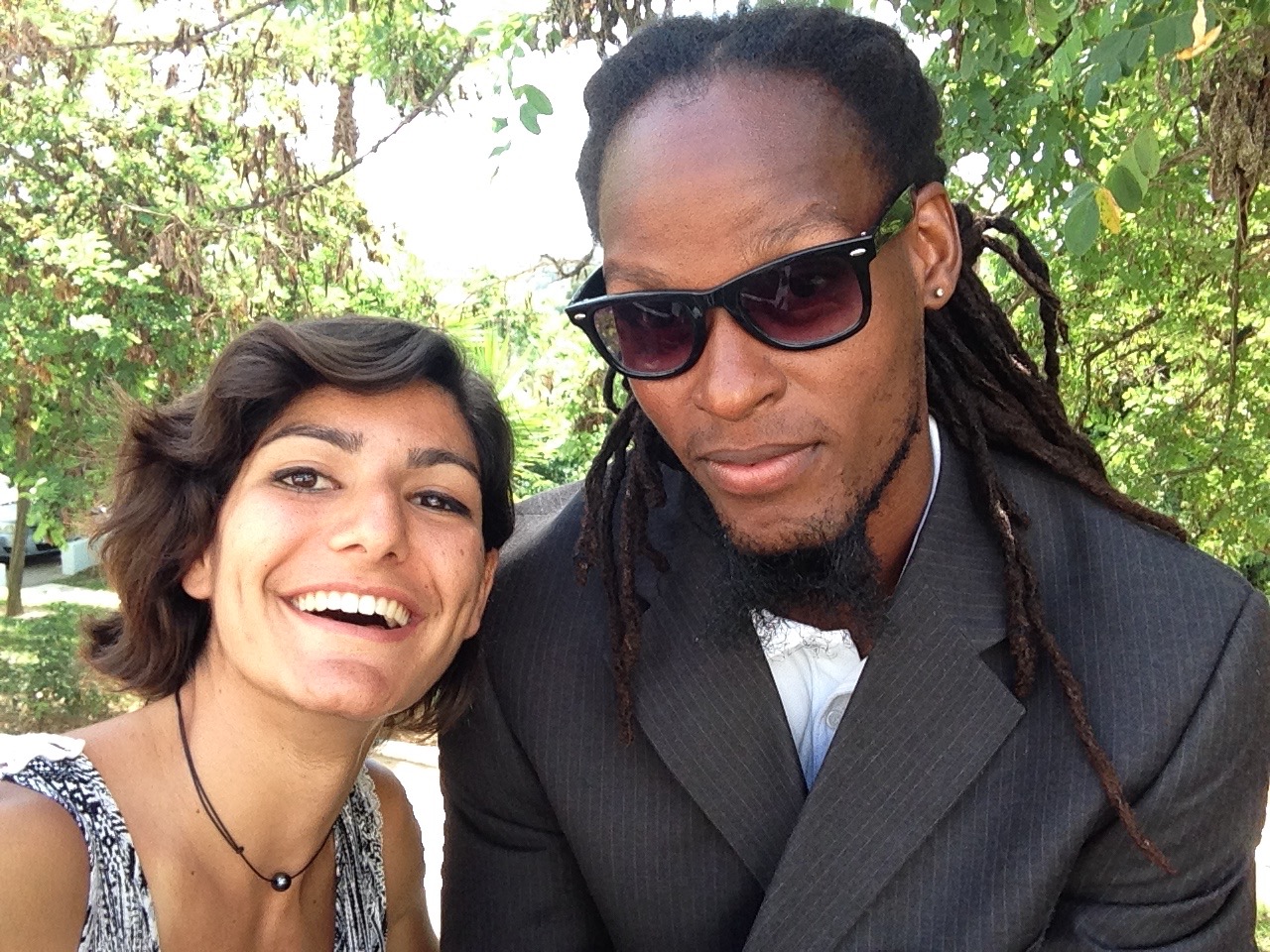 Two weeks felt like a lifetime, it was like living a dream. Now that I am back to Lebanon i feel really sad! If only  i could  live this dream again  for one more day! But what I learned from this experience, is that it is our turn now to create a dream, we now have our part to play! We have everything to make a change in our societies. It is time to put what we’ve learned in the past two weeks into action! 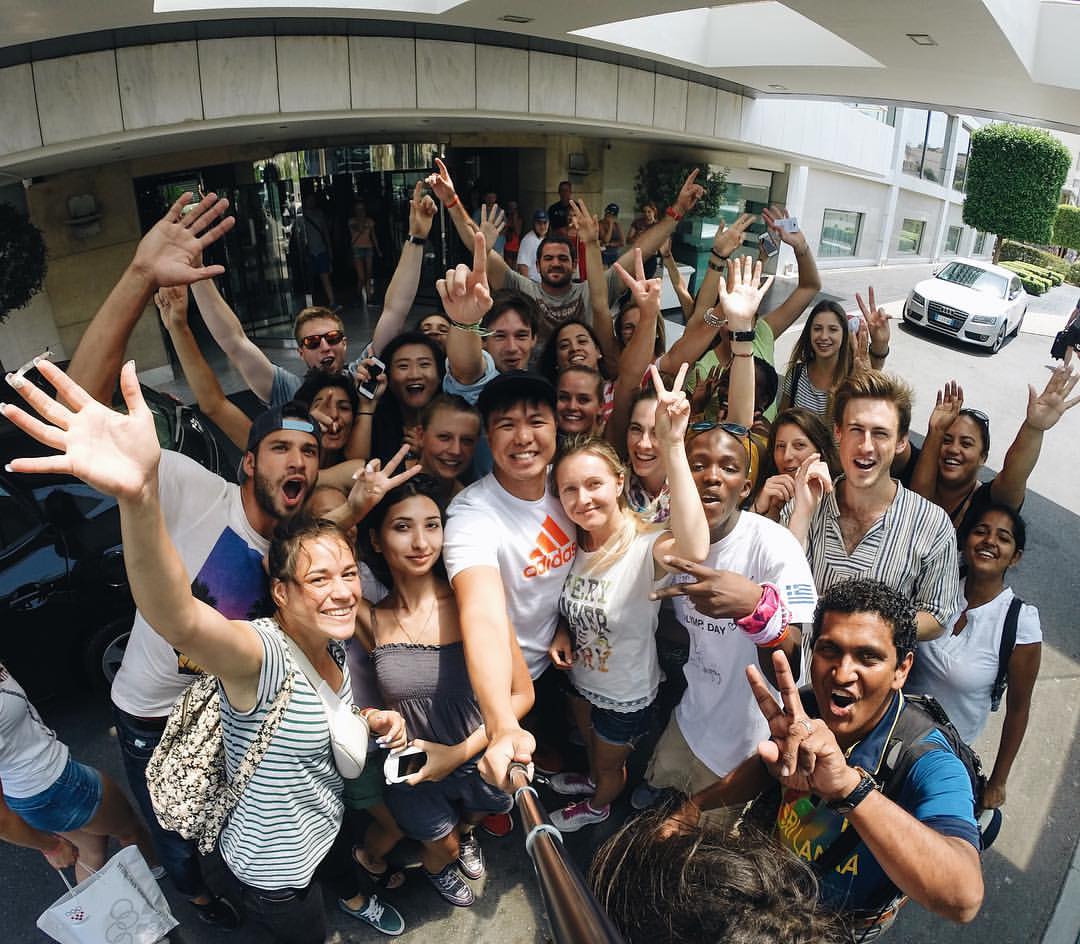 Finally, I would like to thank the Lebanese Olympic Committee for this opportunity, the IOA and each and every participant in this session! 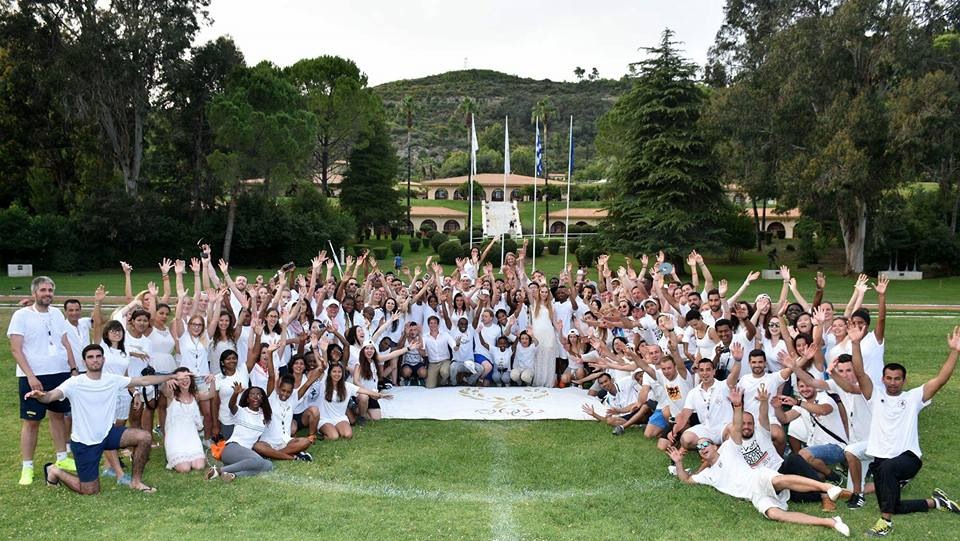